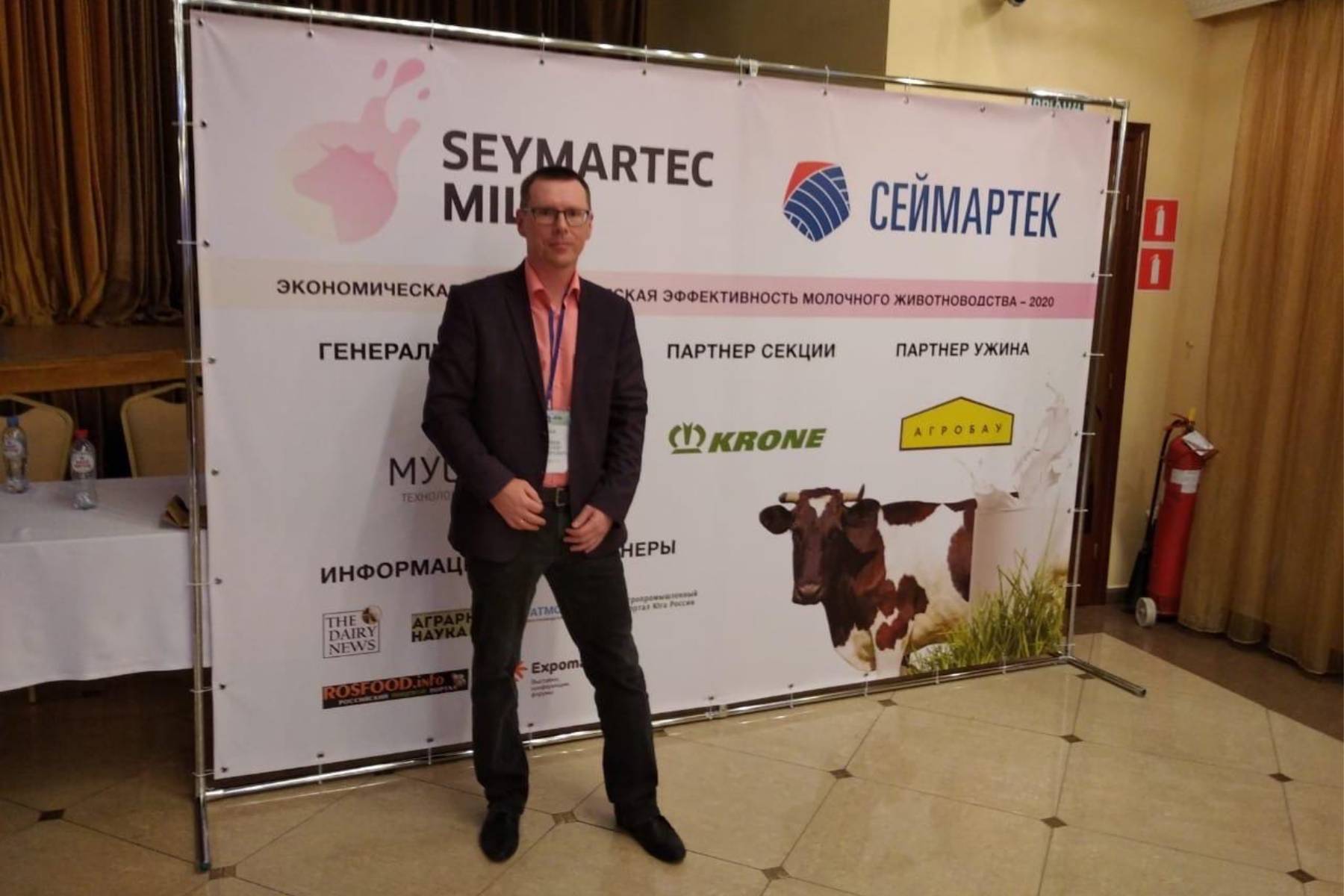 On September 9, in NEMCHINOVKA PARK chateau hotel in the Moscow region, an international forum “SEYMARTEC MILK. ECONOMIC AND TECHNOLOGICAL EFFICIENCY OF DAIRY LIVESTOCK - 2020 ".

The organizer of the event is the SEYMARTEC company, a leader in organizing international conferences, regularly organizing forums for specialists in the Agriculture industry.

More than 300 delegates from more than 12 countries took part in the forum held on September 9. People interested in the development of dairy farming in Russia met at one site: representatives of agriculture, the press and regulatory bodies, as well as developers of technologies and products for the agricultural sector.

The participants discussed topical issues of agribusiness in the following areas:
• Digitalization and robotization of a dairy farm,
• Modernization of production,
• Economy of milk and personnel,
• Smart feeding and forage harvesting,
• Genetic technologies, breeding, health,
• Cattle care and veterinary medicine.

ALAN-IT has been developing in the field of smart agriculture since 2016, presents a line of Smart4Agro services, and in 2018 launched a service for dairy production - Dairy Production Analytics (DPA).

The representative of ALAN-IT company Alexander Tretyakov made a presentation “Economic effect of digitalization in dairy farming, risks, personnel efficiency”. Using the DPA service as an example, Alexander spoke about the importance of automation and digitalization of agriculture, as well as the main mistakes of dairy farm personnel and the economic effect of correcting them.

The report aroused the interest of the audience with its practicality and presented examples that showed the real effect of the introduction of digitalization in dairy production.

The forum will allow participants to exchange experience and establish contacts for the development of the dairy industry in Russia.